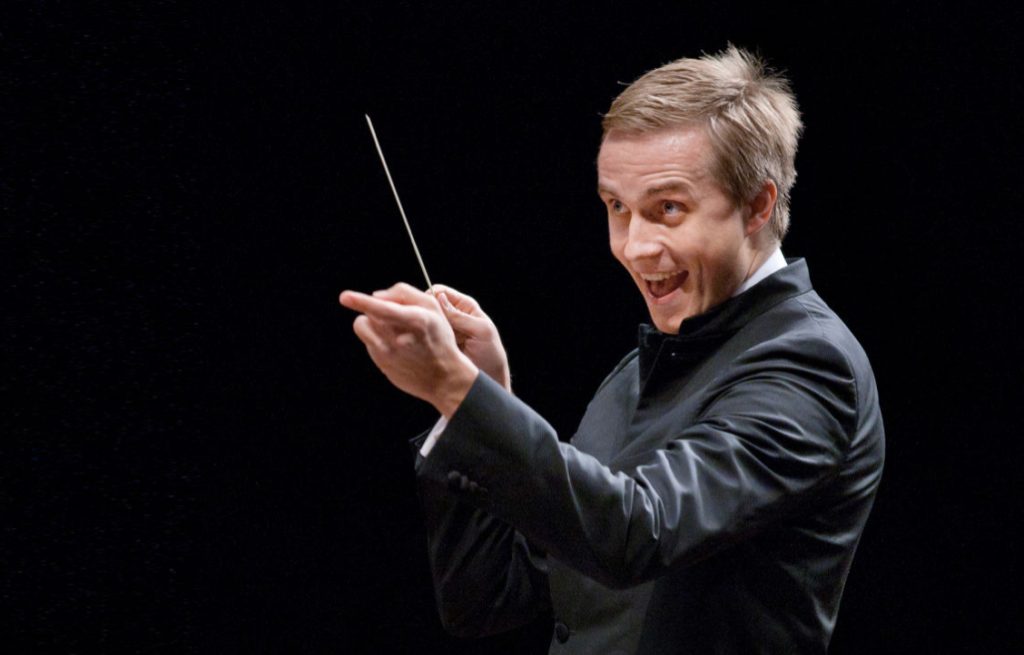 Mr. Petrenko, thank you so much for taking time to do this interview! Firstly, it´s my impression that the entire audience in Oslo is really looking forward to seeing you on stage again. The work you did with the orchestra is highly appreciated, bringing the orchestra to a completely different level of overall quality, energy, and joy of playing. Without your effort, the orchestra wouldn´t be where it is today. So, to the questions!

How would you describe your period with The Oslo Philharmonic?

It’s been a great pleasure to be on stage with such a wonderful orchestra and to share so many incredible musical experiences! We had a lot of fun, discoveries, enlightenments and memorable moments in Oslo and abroad, in particular in our “centenary” season!

You were undoubtedly highly instrumental in raising the Oslo Philharmonic to a new level of quality, as you did in Liverpool. As a conductor, what do you specifically do to achieve that? What is your “toolbox”?

There’s plenty of “tools” to achieve it – from working on strings unity on bow distribution, the amount of vibrato, the exact position of the bow on the string… to articulation and intonation of the winds, general balance of the orchestra (especially regarding brass and percussion sections). But the most important thing is “on top” of all the technical work, it’s the understanding of the character, the context of the piece, the emotional and philosophical content of each composition, each style, in every moment. I have immense respect for every musician in the orchestra for their dedication and hard work, at the end of the day it’s them playing, my role is just to help and inspire even more.

What are your expectations conducting Oslo Philharmonic now, do you expect the orchestra to have changed? If so, in what way?

Of course, every orchestra changes and evolves, constantly. And when you work with the same orchestra almost every week, those changes are not so noticeable as if you’re coming just twice a year… But there is some very special chemistry, which will stay between us forever, I’m absolutely sure!

Is it different to work with Oslo Philharmonic compared to, for example, your present orchestra, the Royal Philharmonic? If so, how?

It is different due to the differences in organization. Unlike Oslo Philharmonic, strongly supported by the government, Royal Philharmonic must earn a lot of its budget through ticket sales and touring. Due to this fact rehearsal time has to be used extremely efficiently, many travels on tours are very demanding to your health and ability to stay focused. I wish we would be able to rehearse in the concert hall all the time (as in Oslo), but it is not possible in London. Performing Mahler 8 with just one dress rehearsal in the hall three hours before the concert adds an extra level of pressure! But both orchestras have incredible spirit, to support each other and to progress towards new heights, and this is hugely important.

As an internationally recognized conductor, what is your experience conducting in different countries? Do you have to change your way of working? In what way?

Each country, naturally, has its own mentality, its own way of life, its own ideals and goals. And orchestras in many cases reflect those differences and identities. But I’m not making many changes in my way of working – ultimately we’re searching for musical truth and it is one of the most universal values! What is different though is your knowledge through experience with a specific orchestra and your contact with musicians. In Oslo it still feels like being at home for me…

You are conducting Tchaikovsky and Tcherepnin in Oslo. Tcherepnin’s´s “La Princesse Lointaine” and Tchaikovsky “Rococco Variations” are probably new experiences for many. What can the audience, in your view, expect?

Tcherepnin’s “La Princesse lointaine” is one of the first Russian Romantic overture compositions, it also has orientalism in it and was one of the inspirations for the famous Scheherazade by Rimsky-Korsakov. Rococco Variations and Manfred by Tchaikovsky are incredible compositions, both reflecting ideas (or Rococco style) by someone else. Manfred was also the hero with whom Tchaikovsky was identifying himself, with might, honesty, uneasy love story and search for forgiveness.

Would you say that there are any specific challenges for you as a conductor and the orchestra working with this concert program?

Like in every program: to get as close to the ideal performance as we can. In each piece, in each style, for every measure.

It seems to me that a lot of relatively younger conductors, like yourself, are very successful these days, both among the audiences and among orchestras. Assuming that this observation is correct, why do you think this is? Is it because the audiences are craving for different interpretations, new expectations to the conductor on stage, because the orchestras want new ways of working together? Or are there other reasons behind this?

I think all the reasons you’ve mentioned plus technological progress. Nowadays access to almost any score, any recording, any information about a composer and specific composition is almost instant. It allows young conductors (and not just conductors!) to “mature” quicker as you can have a much more condensed experience in the early years.

How does the large number of younger conductors change the output, the creation of music experience? Will the music appear different?

I wouldn’t divide it into “young” and “old”… The art is eternal, there will always be individuals of all ages who will bring it forward.

If I may ask, how is it being a Russian conductor, working in Europe these days?

Apart from the fact that sometimes I have to fight against “culture cancellation policy”, which tries to ban the music of, let’s say, Tchaikovsky, Rachmaninov or Shostakovich from the concert repertoire, and which is very strange to me as none of those composers have anything to do with the current politics… Otherwise it is just support and offers of help. But my position from the very beginning of this tragedy has been very clear.

Unfortunately, many musicians were forced to leave Russia as they were not agreeing with what’s going on or were in danger of being summoned to the army. And if you publicly express your thoughts or try to avoid your mobilization call, you may get up to 10 years in prison… I’m trying to help as many of them as possible, but it is very difficult. Many places in Europe will not take any musicians with a Russian passport, however good he or she is. For cultural life in Russia the recent happenings are the real tragedy in many ways. But I hope that culture in the future will serve its main purpose and bring people to a better state of mind, heal mental wounds and stitch the gaps as much as possible. We all need to live together, without hate, angst or war, in peace, mutual respect and progress together. The orchestra is one of the best examples for such a world!

Once again, Vasily, thank you and good luck with the concerts in Oslo! I know you will be met by a heartfelt, varm applause when you enter the stage. And I´m sure you will give us an extraordinary musical experience – as always!

You will always be welcome back to Oslo!